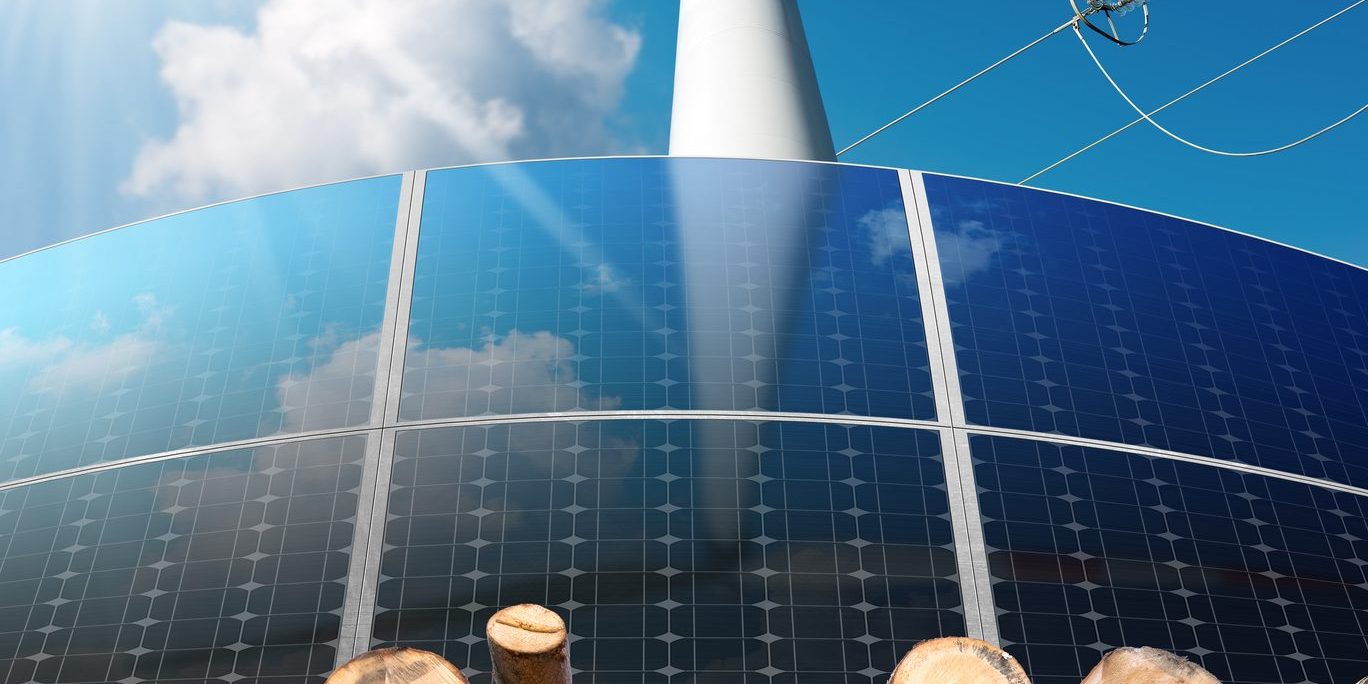 Humans have utilized renewable sources for centuries, even millennia. For example, wind power has been used to power ships, grain mills, and water pumps since ancient times. While solar panel technology is a more recent invention, the sun’s power has been harnessed through glass and mirrors to light fire for centuries. And our use of biomass energy to produce electricity is a modern concept, but our ancestors around the globe have utilized animal waste as a heating source for centuries.

In recent decades there has been a growing demand for renewable energy sources, thanks to advancements in technology and a greater awareness of climate change. Each year governments, businesses, and individuals turn to solar, wind, and biomass as the preferred energy sources due to their effectiveness, affordability, and worldwide popularity.

Humans have been fascinated by the sun’s thermal energy from time immemorial. In the late 1800s, scientifically minded individuals began attempting to capture and store the sun’s energy. What began as experiments by Becquerel, Fritts, and Einstein later evolved into solar panels to power space operations. Now, solar panels are used to power road signs on remote highways, provide power to entire homes, and even supply large amounts of energy to cities and the larger power grids.

The quick explanation is that photovoltaic cells are used to absorb the heat from the sun and convert that heat into electricity. Then, the electricity is stored in a battery or transported through power lines to a building or the power grid. Head to our recent post to learn more about how solar energy works.

The Benefits of Solar Energy

Solar energy is a wonderful resource because it is available anywhere there is sufficient sunlight. Solar panels are becoming increasingly affordable, and since they don’t require a power grid to connect to, they are easy to install in remote places. Solar energy is also cost-effective and quiet to operate. Solar panels are available for both individual homes and large commercial buildings. Solar farms use hundreds of panels to generate large quantities of power for urban areas. One of the primary benefits of solar energy is that it does not produce any greenhouse gas emissions.

When we think of wind power, we tend to jump straight to the giant turbines on the skyline, spinning powerfully to create electricity, but harnessing the power of wind is something humans have done for over a millennium. Using sails to power ships is one of the earliest examples of our ingenuity to harness wind power for our benefit. There are examples of humans using wind to power various machines for farming, construction, and travel throughout human history.

Wind energy is generated when the wind turns the arms of large turbines, creating electricity that is then fed through a transformer and connected to the power grid. It’s a fairly straightforward model in principle. In order to create large amounts of electricity, several large-scale turbines are required in locations where powerful winds are consistent.

The Benefits of Wind Energy

Wind energy is a beneficial form of renewable energy because it has no polluting emission nor contributes to greenhouse gases. Wind farms can produce significant amounts of electricity for the power grid and help offset the demand for fossil fuels. Wind energy is also an industry that continues to grow and creates sustainable jobs.

Biomass might sound like a new renewable energy term, but it has been around since humans learned to control fire. Some even call it the original renewable resource because biomass energy comes from plant waste (wood, wood chips, plant waste), animal waste (feces from farm animals), or methane gas from landfills.

The three main types of biomass are plant waste, animal waste, and methane generated by landfills. All three types work in similar ways to produce energy.

First, the plant waste is collected from farms, forests, or manufacturers. It is then burned to heat water to create steam. The steam then turns into a turbine that generates electricity.

First, animal waste is collected and deposited into large tanks called digesters. Inside the digester, bacteria break down the waste to release methane gas. The methane is then captured and burned to heat water to produce steam. The steam then turns into a turbine that generates electricity.

First, an area of a landfill is closed off, and pipes are installed to connect the landfill site to the generating site. The methane is then transported through the pipes to the generating site. Similar to the animal waste method, the methane gas is burned to heat the water to make steam. The steam then turns the turbine that generates the electricity. Using extracted methane gas from landfill sites helps prevent the gas from entering the atmosphere. Methane gas is a volatile substance to work with due to its gaseous state and requires careful precision for handling.

The Benefits of Biomass Energy

The wonderful thing about biomass energy is that it is a readily available resource in both rural and urban areas. Not only does it help reduce our use of fossil fuels, but it also helps us reuse “waste” products for energetic production. Biomass captured from landfills prevents methane gas from entering the atmosphere, helping to reduce greenhouse gases. Methane gas traps 25% more heat than carbon dioxide, making it a strong contributor to world pollution.

WATT Renewables is a private independent producer of clean energy technology around the globe. WATT delivers sustainable energy solutions utilizing an innovative mix of PV, advanced energy storage technology, and Genset. We provide turnkey EPC and O&M services to our clients in countries across several continents. Our services include project development, engineering, procurement, construction, maintenance, operations, and commissions. If you need renewable energy experts to bring your vision to life, get in touch; we’d be happy to hear your ideas and help you develop your vision.

The Relationship between Sustainable Power and Agriculture in Sub-Saharan Africa
February 4, 2021
Go to Top